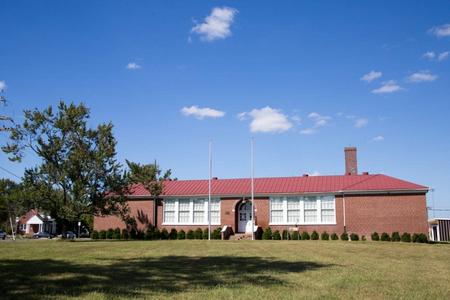 Virginia Council for the Social Studies

Before Selma, before Montgomery, there was Farmville, Virginia, where young people made history and where the small Virginia town became an important landmark in the Civil Rights Movement.

Sparked by the courage of student activists protesting inequality in the Prince Edward County school system, Farmville asserted itself as a prominent place in the history of the nation. The long and winding journey of the Civil Rights Movement includes a stop in the “Heart of Virginia” where students of Robert Russa Moton High School — led by then-16-year-old Barbara Rose Johns — staged a walkout in protest of inadequate and unsafe school conditions. Those conditions were a direct result of the county’s policy to resist desegregation and made Farmville one of the early battlegrounds of the fight for equality that eventually became the landmark Brown v. Board of Education Supreme Court decision.

From the complicated history of Prince Edward County, to the bravery demonstrated by Moton’s students and the hard-won victory for desegregation and equality, the Moton story mirrors the nation’s Civil Rights Movement as a whole and retains relevance more than 70 years after the Moton walkout. The curated exhibits at the Moton Museum, which occupies the former Moton High School, provide first-hand accounts from those involved and frame Moton’s story in the larger context of the Civil Rights Movement that was unfolding across the nation at the time.

With the goal of educating others and preserving the Moton story for generations to come, the Moton Museum provides a wealth of educational resources for teachers, students, and those simply curious to learn more. All resources are free of charge and span a variety of mediums, from podcasts and videos to school lesson plans and the virtual museum exhibit at MotonSchoolStory.org.